Both Jean Seberg and Jean Paul Belmondo, practically unknown, were visually striking and beautiful, they were transformed into cinematic icons that influenced generations of fashion. 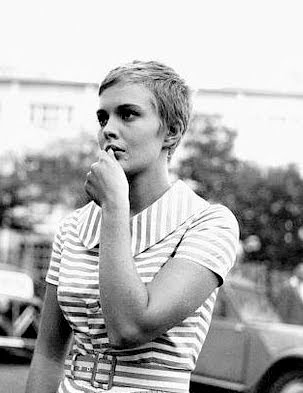 She has a naivete and vulnerability that the camera continually examines and follows with voyeuristic ease. 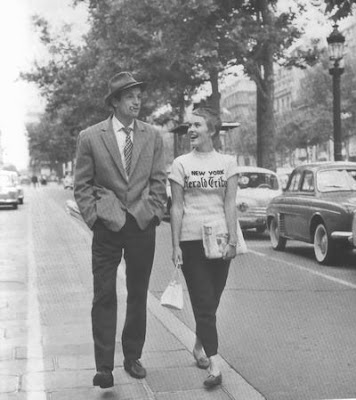 'New york Herald Tribune'.. you can hear her calling, with her french - american accent. 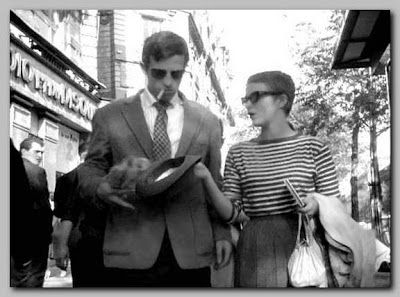 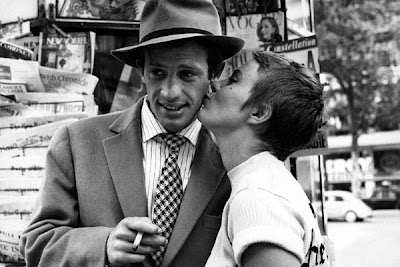 Belmondo.. what a beau.

Arguably one of the most influential films of the twentieth century.
A bout de souffle is stunning, in terms of plot, structure, content, direction and camera work.

Godard embraced new, unconventional techniques, particularly the use of jump-cuts and long takes. 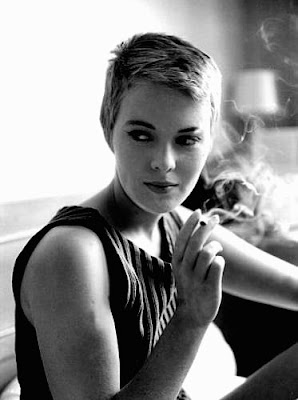 The silence was long while she exhaled .. there is just stillness, for what seemed like an eternity.

The smoke fills the screen at this moment. There is so much smoke, making abstract patterns. How graceful it was to smoke'..

Images can be so deceiving.

+ Another simple dress from American Vintage