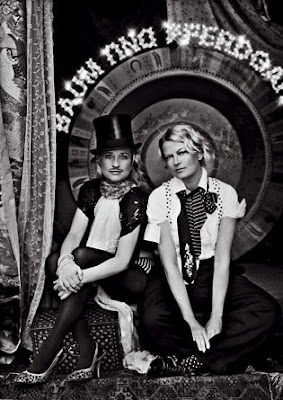 Baum und Pferdgarten was established in 1999 by the two designers Rikke Baumgarten and Helle Hestehave. Characteristic for the two designers are their fascination of contrasts which gives their collections a dualistic touch. It can be as a meeting between feminine and masculine, minimal contra grandiose, shiny versus matte or something completely different as their aim always is to surprise. 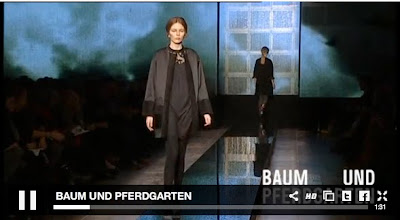 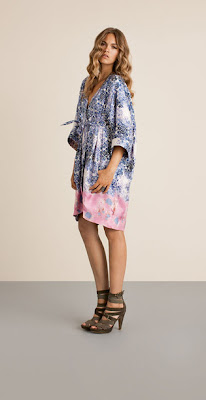 Its a way off.. but they are coming to Wild Swans in the Fall. 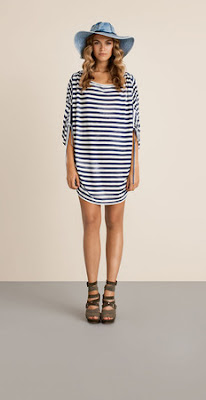 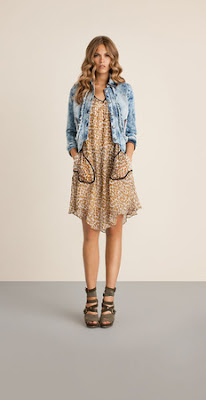 The Baum und Pferdgarten Spring-Summer collection 2011 is inspired by the meeting of cultures and invites you on a journey from Europe across the Strait of Gibraltar to Morocco. The style of the collection is best described as a melting pot, catching elements from different cultures and mixing them with extravagant vintage items. The collection captures a casual and uncomplicated feeling while remaining feminine and sexy. Silhouettes are short and slender or elegantly draped with a soft volume. The Spring-Summer collection signature piece is an extravagant silk robe.

The print is a reinterpretation made by Baum und Pferdgarten of traditional Arabian calligraphy. The amazing palaces in Morocco immediately come to mind with its astonishing decorated walls adorned with Tadelakt plaster and Zellige tiles. The print appears crackled or sun-bleached like mosaic in a ram shackled riad, and fades out in bright pink as if it was discolored by rosewater.

Another important piece in this collection is a classic Spencer dress excessively covered with avant-garde rose applications giving texture and dimension to the material; teamed with a patent leather belt in intense orange or turquoise, project a vintage item into modern lifestyle and a contemporary look.